Home › Politics › A Muslim or a Robot?

A Muslim or a Robot? 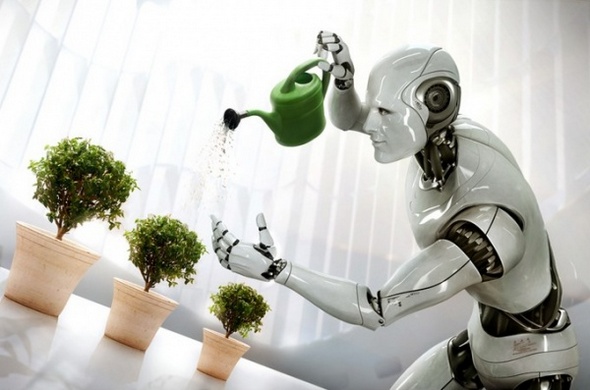 Last week I wrote a rather controversial article that perhaps many readers with only a fair political science background require more clarification to understand what I mean by what I wrote. I mentioned that, in general, I see Middle Easterners as more religiously cultured than Europe and America. I do not by any means meant to insult anybody here, but a further elaboration would be good.

The difference between Islam and all other religions is that Islam insists that it is not a religion that is confined to a certain worship structure (Masjid), but a way of life that includes politics, economics, and social. There was never a period of time in Islamic history, that a revolution occurred to confine Islam to the Masjid only and to notice the ‘Separation of Church from State’ phenomenon. For that, the culture grew intertwined with religion till today.

Much of the Islamic culture focuses on the relationship between the individual and society. It informally institutes a code of ethics, informing the individual that even if a monitoring institution did not exist, he is constantly being monitored by God and the rules of morals and ethics apply whether they are written in the civilian code or not. Hence, the attention towards religious schools mitigated the necessary existence of important institutions of anti-corruption.

While culture developed in general towards accepting the unwritten code of ethics push forth by Islamic influence, those away from culture, the higher class and ruling elites, went the other way. There are but a few ruling elites today in the Middle East that one can see them products of the Islamic and Middle Eastern culture. The correct term would be that they’ve been ‘Westernized’ away from Islamic norms.

On the other hand, you can see Western governments continuously working on developing their institutions to make their societies fairer and prevent exploitation by the power. Is it working? I would say yes relative to the Middle East. Of course, it is nowhere near perfect, but the ideology does exist that ‘What is legitimate should be legal, and what is legal should be legitimate.’

Problems in the West such as the increasing gap between the rich and poor remains to be solved. But as I see it, the only way to battle the problems Western countries and societies are facing is to invest in Societal Trust, which includes emphasis on morals and ethics. No matter how many laws and regulations are being drafted, there will always be spaces and gaps in law that people will notice and exploit. This will harm the whole system and create havoc and chaos.

For example, it is relatively easy, as variously mentioned, for foreigners or unemployed in the UK to receive paychecks from the government. In fact, in some instances, it would be better for people to sit and do nothing while receiving payments from the government, which is clearly at the expense and disadvantage of those other UK employed and productive citizens. You can have a slight idea about it here and here.

So what I’m saying is that the ideal society is one that clearly defines and enforces what is legal and what is not while emphasize cultural norms of ethics and morals. Turning your city into one big shopping market is good. But living in a fast and materialist city comes with a disadvantage as well if not properly nurtured. We have to have a heart living inside us telling us to stop and think about our choices, and if they’re right or wrong. Otherwise, we’re just robots.

Like Loading...
‹ Service to Israel Tugs at Identity of Arab Citizens by .@ReemMakhoul
One Mohamed Bin Rashid Al Maktoum Please! ›