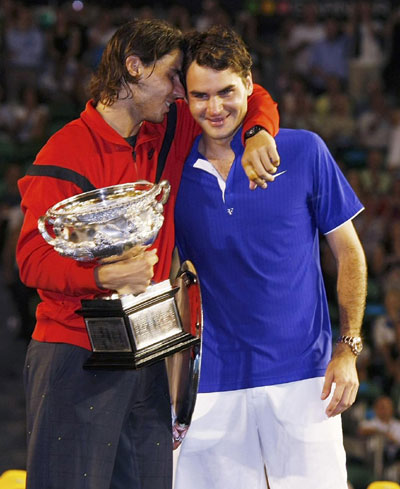 Sometimes it just frustrates me when people make judgments with so little or no background information on the subject matter. Other times I simply understand, if I was that ignorant. Still, what is important is to always be ready to change your judgment once you get more information, which may be totally different than the initial information you have received. Anyhow, that kept aside, what do you think is the relationship between politics and sports?

Before answering the question and then refusing to change your mind, or judgment, allow me to define by what I mean politics and sports. Politics in this sense would be the domestic political decisions one makes to develop a certain or general aspect in the society, to take things forward. A political decision would choose whether or not to weigh in various factors such as social, economic, health, environmental, or any other when making a decision. Today, for example, political science have evolved so much to tell the decision maker which of those factors to account for, and how much they should be accounted for, when making a political decision. This, of course, is the area of my expertise.

Sports, on the other hand, are, as we know it, not much more. People indulge into sports to stay fit, healthy, and in many cases to enjoy competing in the activity they love. Playing sports through a game console is not considered sports, in my mind, because you don’t achieve the main objectives, yet. In Sports, people exercise their mind and body at the same time. They strategize on how to spend their energy, when, and how. A sport can either be individual, like tennis or running, or team, like football or basketball. In sports, people can build a career out of them, where they earn money and become professionals, or a hobby. What I do, for example, is a hobby, or a serious hobby, as I call it. Whenever I have free time, in some cases I make that time up, I look at the new products that can make me go faster and more competitive. Perhaps a person can get addictive to his hobby as well.

While it is no longer disputed, globalization as a process has shrunk the world. Distances no longer matter like before. Agreements signed and ratified by governments have paved away the road for societies and economies to exchange products and ideas, sports amongst them. Yes, for example, running doesn’t belong to any specific nation, nor swimming or cycling in my guess, but the three of them together were not instituted until recently and thus rode the wave of globalization around the world quickly.

One very important attribute of sport is that it was carefully instituted by good people, not lawyers, to compete positively and unite people from around the world. While language, color, and other human attributes have been largely controversial, sharing a hobby or a profession in sports with a stranger is becoming the best common denominator. Unlike IGOs, international sports organizations and local ones as well are much more functional and effective when individuals or teams attempt to cheat their way out through competitions. Having a good sportsmanship is becoming better than citizenship today, in most cases.

In relationship to politics, sports have been for a while a major factor to account for, amongst all the other equally important factors mentioned above. A good political decision is what needs to ride the globalization wave, because that has not yet seen the light in many parts of the world today. Unlike the developed world, the developing countries are still seeing sports as a program within social services. We are not capitalizing on the true potential that sports can bring to us, mainly sportsmanship, which is an attitude that we dearly need these days.

Thus a good political decision is one that understands the potential of developing the society, the economy, and the sole of citizenship through sports. And, if you are in sports, you should always understand and believe that your sport can be a solution to almost all of world’s problems, believe me.

Here in Bahrain, within the next few days, we are going to reveal exciting news about sports. We are riding the global sports wave and believe that providing the opportunity to become better and stronger will only bring positive returns. Then again, sportsmanship is a master key towards success, believe me.