Home › Bahrain › The Takeaway from the Manama Dialogue

The Takeaway from the Manama Dialogue 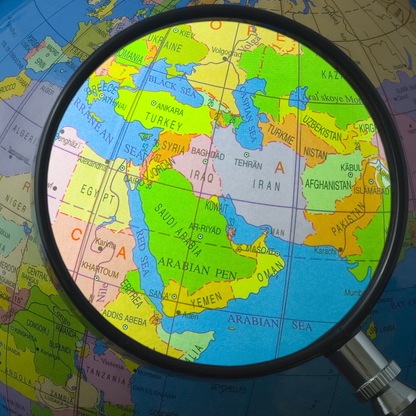 When IISS invited me to the 9th Manama Dialogue, they attached the list of topics that would be discussed by senior delegates. In my view, the topics were extremely interesting but very unpredictable in what discussions they can lead to. Throughout the recent past, the world compartmentalized significant factors like ‘National Security’ to discuss also important factors like freedom, dignity, or the more vague representation. What about today what took over the annual Manama Dialogue?

Regionally, there were a number of significant developments that largely steered the discussions in what I noticed. Egypt, Syria, Iraq, Iran, and the likes all have had their share of world attention in various issues. Egypt’s suspension of democracy was shockingly acceptable through the world (except those who invested in the Muslim Brotherhood). Syria’s struggle with its dictatorship resulted in a deplorable usage of chemical weapons in addition to the last breath deal on the WMDs, simply because the West fears Islamic extremism takeover after toppling Assad. Iran’s surprising Nuclear deal with the West without the inclusion of the GCC states. All these developments brought one word to the forefront of almost every single discussion: Security.

Almost three years ago, the now much defunct ‘Arab Spring’ took place starting with Tunisia and spreading around almost every Arab and non-Arab country in the region. Some governments preempted the potential events at home soil to control any possibility for riots, while others creatively and sadly dealt with populous demand differently. My own country, Bahrain, for example, decided that protesting is an essential part in the process of democratization. Hence, protests were allowed, which then turned into a coup attempt, which is not part of the democratization process. Thus the government decided to apply the rule of law, which was also quite questionable initially because of the poor monitoring system through the enforcement of institutions.

When I went to Washington, D.C. as a Media/Press advisor I spent considerable amount of time explaining to the concerned in the City the significance of ‘National Security’ vis-à-vis the stability of nations. I also had to explain continuously that religious sectarianism should not influence decision-making at the top level because that will result in more social conflict as I logically saw. Even more, I’ve had to explain as well that not only in Bahrain, but all around the Middle East, there should be no compromises in ‘National Security’ related subjects because that will ignite a regional conflict, unless we make sure that the proper foundation is in place, the foundation that ensures stability and a clear strategy towards prosperity. Without the proper tools in place, democracy promises further divisions to an already shattered society.

Yes, some, like research centers and Think Tanks, did listen and understand, but the majority of the concerned in the media were simply clueless about the notion of  ‘Power Politics’ that safeguards ‘National Security’. I struggled honestly to make friends in the media, those who directly send information to the general public. It is us who fall under the media spotlight that get a sense of how strong the media can be, but sadly, the media sometimes fail to acknowledge their double edged sword. Information through media is powerful, and it needs to be regulated in order to control for bias and ensure quality or else the consequences can be seriously deadly.

But the IISS Manama Dialogue never mentioned ‘Power to the People’ at all this year. Rather, it was about the security of the region while confronting the spillover problems from Syria, and the Iranian ‘make-up’ with the West. Yes, it was vital for us to continue democratizing and make way for the citizens of the Middle East to flourish and prosper, but it was very relieving to witness the acknowledgement of the general attendees that solving sectarianism and maintaining stability is a prerequisite for a democratic prosperous nation.

At one point in the upscale conference, I had few moments of my own to address a special session on religion in politics and here’s what I said. “A person would be confined to cast his vote based on his sect, if we allow sectarian or religious political parties. He/she won’t bother looking at the developmental program, which the candidate for office brings forward. If we empower this, we would be empowering sectarianism.” No one objected.

In fact, a Singaporean panelist confirmed that during the 50s and 60s Singapore faced ethnic problems and riots as well. In return, they created various legislations that ensure no political party or government policies would show any signs of ethnic bias in them. They went as much as forcing all political parties to include in their nominations for public office candidates from every ethnic group. This is amazing and really commendable.

Singapore did not jump to the top of the world’s scale without working hard for it. Here in the Middle East, we should work hard as well. Yes it may be harder, but it is never impossible. We now know that ‘National Security’ is always going to make it was as the most sacred goal for every single nation. We now know which factors threaten ‘National Security’. We now also need to stabilize the region and allow it to prosper while mitigating sectarianism, hence, ‘National Security.’