Home › Bahrain › His Name Was Willy

His Name Was Willy 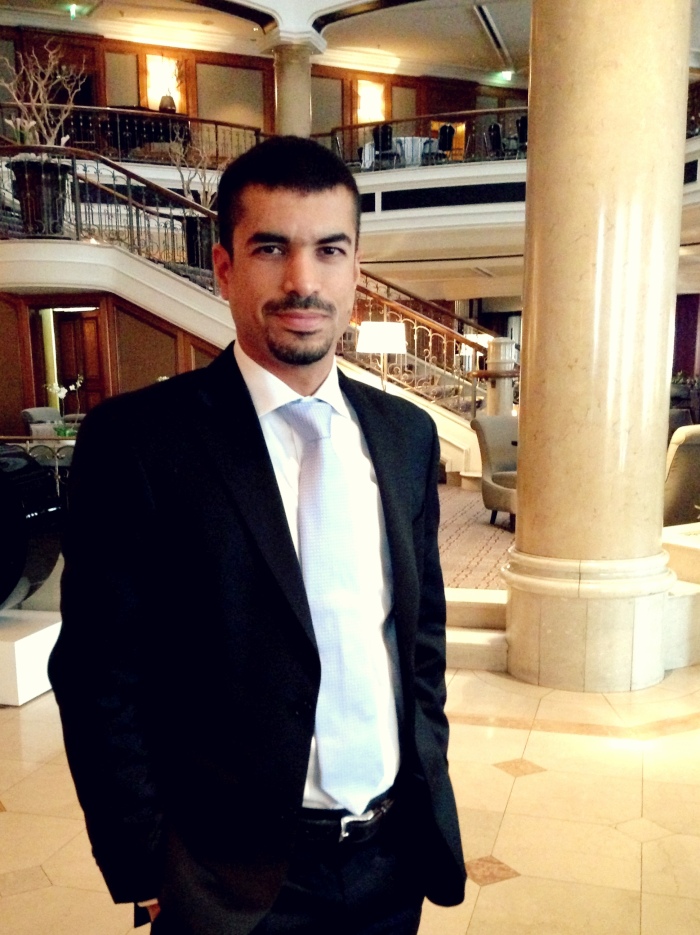 His name was Willy, and sat next to me at seat 1C en route to Frankfurt via Bahrain’s Gulf Air. Five years ago, while his son was at his girlfriend’s house in Las Vegas, her ex-boyfriend jealously burst into her house with a baseball bat and struck him 20 times on the head. He was 23.

It was heartbreaking to hear this story, and more so to see a grown man’s eyes water five years after the death of his son. It was obvious that he was hurt, and that he had a close relationship with him. I asked about his son’s murderer and where he is right now. I was shocked to know that he was handed only 35 years in jail, a similar sentence given to Bradley (Chelsea) Manning for leaking classified documents. Something is wrong here, and I expressed this to Willy.

Willy said that if he had the chance, he would have taken the murderer’s life same as he had taken his son’s. To him, that is what justice should be, because he felt like it was unfair for his son’s murderer to stay alive.

It is very difficult for many, if not all, to seek justice for what has happened to them throughout their life. That, as I said, is not the end of the story. While we promote morals and ethics to preempt any unfairness in the imbalanced relationships between people, still, we live our daily lives with problems, troubles, and obstacles to solve. Realistically speaking, we will never be able to live in a perfect society, but we will also never give up to reach it.

The other day I was listening to my favorite podcast “Car Talk” and Ray mentioned that in America, it is not illegal for a salesperson to trick you into fixing what doesn’t need to be fixed in your car, but it was illegal for him to start working on your car before you give permission. Obviously, the things us humans value the most like ethics, morals, fairness, and progression may not find their way to laws and regulations. Then we complain about politicians, economists, and corruption.

In Willy’s case, had his son been murdered in this part of the world, the murderer would most probably get the death sentence. In Saudi Arabia, the victim’s father has total say whether or not the murderer’s life would be spared. This won’t suffice, but can be more relieving to Willy and his family, perhaps.

Life is unfair, the system is twisted, and justice does not always see the surface. Why is that so and what can we do to fix what needs to be fixed?

I told Willy that the problem today is that we take many things for granted and rarely stop to rethink the major assumptions that we base our lives on. We mix the means and ends of our goals and do not recognize that many of our decisions are not well balanced between our emotions and our rationale.

For example, we sit in a boiling Middle East simply because people do not recognize that prosperity is an end and that democracy is just an advisable mean to it. People roam around roads and protest to achieve democracy, without acknowledging the other more superior factors such as institutionalizing accountability, responsibility, equality, rule of law, transparency, education, and actionability. They jump the gun and revolutionize to split a pie into a million pieces without the willingness to unify it back again for the greater collective good.

And the justice system fails miserably. Before sentencing a person to jail for a crime, many calculations are set for the convict’s race, age, nationality, and whom he is connected to. We no longer see a convict as a convict, but recognize him and the complete package he walks into the courtroom with. The result sets our system to sentence two individuals with differently for the same crime, or two individuals similarly for two terribly different level crimes.

There are many factors to account for when making a decision in life, but they don’t all weigh the same. We are failing to agree on what life’s goals should be about and wasting our time trying to make everyone happy. We will never reach this milestone and should instead strive to make what matters succeed.

Prosperity benefits everyone, and in some cases even those who dislike everything about it. We all need to toe the line behind any kind of leader hungry to push towards developments, and keep our nonsense differences locked in the closets. And to the leaders, I’d say you need to care not about those who blindly live for today, but care more for those who value what tomorrow should behold.