Is America a Confused Democratic Nation? 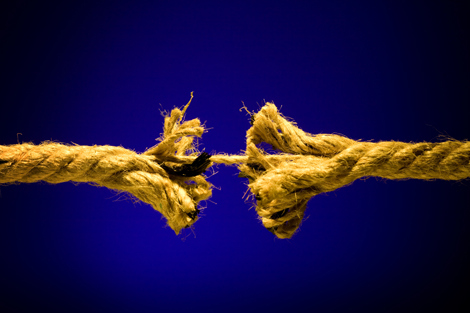 Have you ever been approached by a friend asking you which of a number of different selections should he choose? Have you ever responded with, “Listen to your feelings”? Well, in the real world, this could be the most disastrous advice you can ever give. It could be, let me explain.

When I first went to America back in 1998 to pursue a degree Political Science, I found out so much more about democracies than I thought I would. Only after few weeks of study did I approach one of my professors to say, “Sir, I don’t think Democracy in the Middle East is in America’s interests.” My Professor, an ex-CIA operative in South America agreed and we then went on discussing the world’s politics and how it is shaping not in favor of America. In fact, if America wants to destabilize the Middle East, it may actually promote a type of unpromising democracy that can guarantee internal conflict for a very long time. For us Political Scientists, this issue is as clear as the sun.

Of course the main difference between democracy in the West and the Middle East is that political factions are divided by ideologies in the former and religious beliefs in the latter. Handing over governance to one religious group over all other beliefs only promises catastrophes as they go about practicing power in their favor. Egypt is a prime example. The problem is that all this can be done without breaking one simple democratic rule. In some cases, it is the right of the winning party to shape the government as they wish. After all, the majority elected them.

But even more, what is common in almost the whole of Middle East is the street norm of an average Muslim about the dislike towards American favoritism on the Israeli occupation of Palestine and various other ‘un-Islamic’ perceived policies. Would America remain friends with this average Middle Easterner or would they sell of their ‘special’ brotherly relations with Israel by empowering this dislike to the level of governance and military control? Truth be it, America does not want Islamic Democracy, it wants Secular Democracy in the heart of the Islamic Middle East.

So the dilemma for America here is, to support or not support democracy, that is the question.

Yet when you look into the great American nation, you would find all sorts of signs that democracy even internally is relatively diminishing. In the cyber world, the US government has been invading the privacy of almost every American and individual living within and without the nation. While the general public has complained on the undemocratic moves by the elected government, the leadership there remained defiant that vital decisions were made to protect the country. Certainly, democratic way of governance here is an obvious impediment to the national security and continuity of the proudest democratic nation on earth.

Then we arrive to the Trayvon Martin and George Zimmerman murder trial. In case you have not been following, Zimmerman shot and killed Martin, a teenage African American, and was found not guilty of murder and walked home free. The Jury agreed that he in fact shot him in self-defense. A large number of Americans were outrageous that Zimmerman walked away a free man. However, soon after the decision was made, a number of law analysts went on CNN et al to explain the irrationality in the American legal system.

They said that lawyers have to go through years of study and years of experience in order to perfect knowledge of the law. They perhaps would need to be masters in psychology because they would also require to be ‘feelingly’ convincing to the jury. On the other hand, high-class lawyers fight a complicated case such as the one mentioned here, and an average civilian with no legal background whatsoever is made to make the final judgment on whose case is stronger. Analysts say that this is a major flaw in the American justice system, and I agree.

The world today is no different than the world of yesterday, in terms of power politics that is. For a very long time, America has been promoting all types of governance internationally if this is what serves America best. Whether it is dictatorship, autocracy, or democracy, it will be in America’s agenda. This is its right being the only superpower in existence. The world knows this for a very long time.

However what is different today is that the American public opinion is beginning to challenge the idea on how much does their government really believe in democracy, and if democracy guarantees a fair and justice outcome all the time. They’re seeing out blatantly that America ‘in a way’ supported toppling of an elected leader in Egypt, disregarded democratic norms for its domestic national security at the expense of ‘privacy and freedom’, and that the legal system is so shaky that large numbers, including President Obama himself, publically announced their disagreement with Zimmerman’s acquittal.

What kind of a future are we moving towards? I would put my money on democracy taking a back seat.