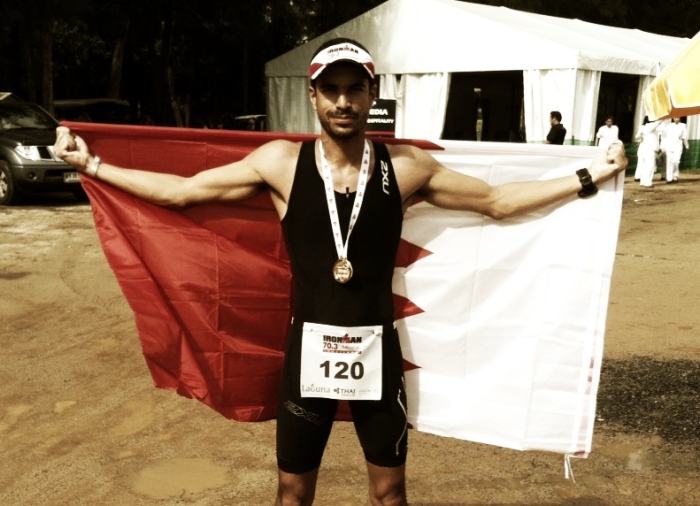 Eighteen years old, wearing a pressed military uniform and trying hard not to be noticed, it was nonetheless obvious to the older students that Saqer Al Khalifa was not a typical member of the freshman class.

For the native of Bahrain, going to school at The Citadel, a military college in the deeply conservative US state of South Carolina, was an eye-opening experience. Not just culturally.

“You never knew when you would wake up in the middle of the night, tied to a chair,” he said with a laugh.

The harassment of newcomers, known as “hazing”, is a rite of passage for first-year students at the school, and foreign-born students are not exempt from it.

Fifteen years later, back home in the Middle East, Al Khalifa answers to some impressive names, including Sheikh and doctor. Trailblazer fits, too.

Al Khalifa, a member of the royal family of Bahrain, came home from college with doctoral degrees in political science and economics and one life-changing experience that had nothing to do with American culture or demented college initiation rituals.

Slogging through a competitive five-year programme to earn joint PhD degrees, Al Khalifa was diagnosed with Type 2 diabetes, a condition that has become all too common for residents of the Arabian Gulf. Rather than run from it, Al Khalifa ran towards it, and then some.

Six years after his diagnosis, Al Khalifa has been designated one of 10 amateur “local heroes” in Saturday’s Abu Dhabi International Triathlon, thanks to his role in helping turn the tide against the disease, which has reached jarring levels in some countries.

The triathlon participants will splash into the water off the Public Beach at the Abu Dhabi Corniche starting at 6.40am, which approximates the brisk slap that Al Khalifa, 33, received when doctors told him he was a diabetic. He has done all but embrace the malady. “I know what people probably think, but I am actually grateful that I got this life-changing thing,” he said.

Sitting in a Bahrain hospital and wondering why he suffered from vision problems, was always thirsty and had dropped seven kilograms in weight, a nurse walked into his room to explain his test results and tossed some photos on to his lap. One featured a man whose leg had been amputated as a result of his diabetes.”This is your future,” she said.

Stunned and offended, Al Khalifa said she had the bedside manner of a cactus, but her sobering point was driven home. As far as his legs were concerned, Al Khalifa decided to use them, not lose them.

He has been “a lean, mean, fighting machine” ever since, as he put it. His beefier friends at the office – Al Khalifa works with the economic development board in Bahrain, which is charged with attracting foreign business and investment to the country – are constantly drinking gallons of coffee to get their motors running, and teasing him about his wiry build.

When he is dressed in a kandura, they say he looks like somebody tossed drapes over a flagpole. He weighs a svelte 65kg, with hardly an ounce of fat.

In his attempt to keep his blood-sugar under control, he has earned his physique, to be sure. A father of four, he rises at 4am to train before work and is often in the swimming pool by 5.30am, all alone in the eerie quiet.

In the process, he is shedding light on the diabetes issue.

“In this part of the world, it is an epidemic,” said Al Khalifa, who is chairman of the Bahrain Road Runners, a group of jogging devotees. “If I were a doctor, I would prescribe running in triathlons to everyone.

“His enthusiasm for the sport is genuine, and he will need it. He is entered in the triathlon’s short-course race, where the field will include the Olympic gold medallist Alistair Brownlee.

“When you think about it, this is the only sport in the world where you are right in there [as amateurs] with the real professionals,” Al Khalifa said. “That should be an appealing point to people.

“I hope my participation can inspire more people to register and take part,” he said. “If I can do it, then anyone can.”