Home › Economics › What is Democracy? 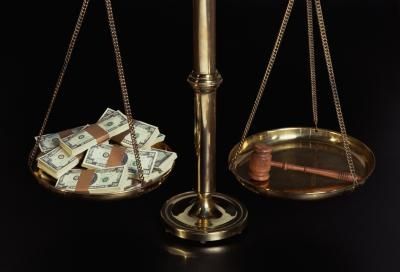 I bet many of you have no idea what democratic institutions are. Whenever and wherever I go, the majority of people I face and engage in a discussion about democracy tend to define it the way they hear about it in the news. Today, TV, Internet, and Print media do offer a lot of insights towards democracy, but if you don’t have a background in political academia, you won’t be able to know the essence of democracy through those publications.

While you hear the media today discuss the establishment of democratic institutions in order to achieve the ultimate goal of elections and change in governance, I can assure you that this is wrong. The goal for any democratic institutions is to set up elections as a constrain mechanism on elected officials in order to insure they generate policies friendly to the economy. It happens that many believe that free and fair elections are a bridge towards economic prosperity, until science appeared.

Today, things are starting to get a bit shaky, and most renowned political scientists and economists are unable to stand tall against those criticizing deadlock situations in democracies, where politicians fail to come up with a good economic decision. Let me explain.

Say there is a problem that needs to be fixed, say it is an economic problem. A country makes money by taxing people, and spends money through various social programs. Now it’s facing a situation where people are  not making enough money, so less money is going to be made from taxation. In this case the government wouldn’t be able to tax as much as it did because people will be left with much less money than before, which means social spending has to increase. This means that the government has to either increase taxes on the wealthy or cut down on spendings. So what to do?

This case, a bit more complicated than I explained, is what America recently faced, they called it the Fiscal Cliff. Instead of allowing pure economists deciding on the best financial policies to resolve the issue the country is facing, the decision was kept at the hands of politicians. So what really happened is that America decided to continue kicking the can down the road, a short term solution. In the future, this problem will come again, but at a much larger scale. Scary.

The problem yet to be solved in democracies is when politicians favor policies that would insure their re-election instead of the national interest. They’d think about satisfying 51% of the electorate, but mostly those who have the power to influence at least 51% of them. To me, this doesn’t make sense at all, which is why I believe that democracy is good, but we can still develop it into something much better.

Bruce Beuno De Mesquita is one of the leading politicians and he puts it very well. He says “If protectionism is not good for growth, why does it persist?” Meaning, why do democracies generate bad economic policies? The answer is simple, because politics plays a big role in those decisions.

Democracy is about allowing people and businesses do whatever they want to do, in a fairly regulated environment, with proper monitoring and transparent institutions. Democracy is about formalizing ethics and de-legitimizing failed policies. So whether or not you believe in democracy as what media portrays, you should always believe in democratic institutions, because they are the tools of growth.