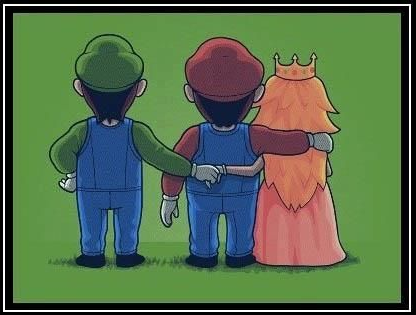 This week was very hectic for me. Not physically, but the mental demand was massive. Back in the days when I was in the Army, I had enough time to do a lot. Somehow, I found time to do everything, including hours every day to keep up with preparing for my next set of lectures, in two different universities! I have no idea what happened, but thanks to God, I do still feel productive, and that’s very important for my self satisfaction.

Within the busy week, the GCC annual summit took place here in Bahrain, in Sakheer Palace. The positive vibe that started from the National Day continues, and will continue to do so straight towards the Gulf Cup, due to start on the 5th of January. For those who are not from the region, you may not understand the true relationship between all six countries. I guess the best phrase that describes this relationship is “It’s Complicated”! Not just that, but complexicated as well. We all know that from top to bottom, from leaders to population, we are in so many ways related. So for the outsiders I’d say, we have some family issues, but at least we agree on many fronts, and even agree to respect what we disagree on.

When the Brits left us alone, which to the top leadership only seems like yesterday, we were no where united near where we are today. So, for Arab standards, we are way ahead of the game. Yes, while Arabs today may take a piece of a puzzle and somehow leave it even more undone, in inter-relationships GCC leaders did collectively progress, albeit at a slow pace. For us citizens of GCC, going from one state to another is almost like flying domestically in large countries like the US. All you need is an ID, and that’s it. Unlike the olden days, it is now normal for Bahrainis to live in Kuwait, or Kuwaitis to live in Saudi, and so on.

All organizations, whether they are the GCC or WTO, solving easy issues are easy and we’d tend to solve them first. It is the hard issues that take much time and perhaps become unsolvable. In our case, the two hardest issues to solve are granting GCC citizens equal rights wherever they go domestically and the capital mobility.

While each government provides different incentives and rights to their citizens, they are unable to provide the freedom for GCC citizens to work wherever they wish. Take Bahrain for example, to the private sector, we enforce a law called Bahrainization, which requires a company to employ a certain percentage of Bahrainis. You’d find the same rule in every other GCC country. The question is, why don’t we call this Gulfization law, which enforces companies to employee certain percentages of GCC citizens, not necessarily Bahrainis? This way, GCC collectively can be more productive where companies have larger pools of selections. Moreover, we can do exchange programs, if say 100 UAE citizens moved to Bahrain under this program, then they will receive full Bahraini rights, and UAE will have a credit for 100 Bahrain workers to move to UAE to get full rights there as well.

In terms of capital mobility, today Bahrain is the only GCC state that grants full economic access to all GCC businessmen. This needs to be modified. To start, our businesses have  to have the ability to operate in any GCC country no matter where they are officially established. If I had a company registered in Bahrain, I’d like to get customers in Saudi without the need of establishing another company or a branch over there. I know, regulations here and there are different, but regulators need to multilaterally collaborate and set standards for companies to abide by.

The problem we face here in Bahrain as well as every other GCC state is the inability to monitor our institutions. Instead of employing large quantities of quality inspectors to do the necessary by making sure businesses are meeting the regulations’ standards, we tend to simply enforce a barrage of requirements in an attempt to make sure that quality businesses only exist. This kills our economies and is another reason for capital immobility.

We are not asking for a governmental love affair, we simply want our societies to intertwine, allowing GCC citizens the free selection to work wherever they want, to live wherever they want, and to invest wherever they want. Just like every single GCC leader, I too have a lot on my mind and many responsibilities. But if I want one less thing to worry about, then solving simple economic matters can turn a cactus into a pillow.