Home › Bahrain › Who Is Better For Bahrain, Obama, or Romney?

Who Is Better For Bahrain, Obama, or Romney? 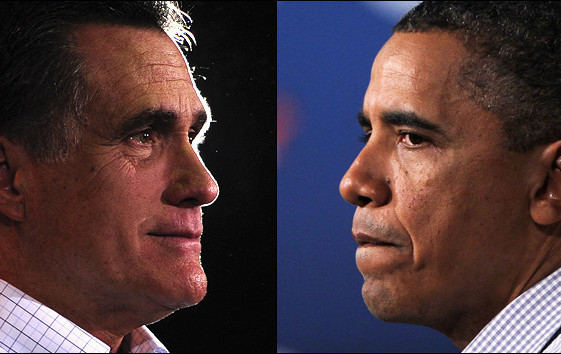 We are approaching a presidential election in America, and one of two may end up becoming the strongest person in the world for the next four years. USA’s current president Barack Obama is at the moment facing a strong challenge from the Republican party nominee for president, Mitt Romney. There are many themes of which the electorate in America are attentive to when casting their vote, like health care, gun control, immigration, and abortion. However, what seems to be the most significant of themes for the upcoming election are the economy, and foreign policy. Given Bahrain’s strategic importance to the region and the world, which of the two runners is paramount for Bahrain?

In almost every single theme of critical importance for the American voter, Obama and Romney are both starkly different. Usually, we find republicans and democrats in the American elections sound a bit similar in those two themes, but not this time. For the past few decades, perhaps even forever, US foreign policy was always in line with the realism school of thought. Realism always uses hard politics, real power, and a bit of aggression to view the world and make decisions. For us in the Middle East, Latin America, and former Soviet states, we know what America is looking for and how to cut deals in order to shelter our national interests as well.

When Obama came, things started to change. Obama arrived in a time perfect for his way of thought, in the time of the online revolution and with the rise of simple tools that challenges conventional governance. Obama sees the world through an idealistic school of thought. Idealism believe in soft power, looks into the future, not quite in touch with reality, but offers various options for different solutions. In a way, republicans offer solutions for today but not tomorrow, and democrats offer solutions for tomorrow, but not today. We can see this disparity clearly between Obama and Romney.

In simpler forms, for the Middle East, Romney believes Saudi Arabia are friends and that America should use them to defeat Iran. Obama, on the other hand, sees Iran as potential friends, Syria as a problem for the Syrians, and that the Middle East is divided into Sunni vs Shia vs those others in the middle.

I know for a fact that many in the Middle East really don’t care about who wins the elections in America because they strongly believe that American foreign policy would always be the same no matter who gets to live in the White House. I’ve met a lot of cynical people here, in fact, I am sometimes accused of being one. Not this time friends, the difference is noticeable and if Romney wins, the Middle East may go back to the pre-Obama era, but for how long? If we had not noticed the rise of the online revolution and how it was used to suppor the Arab Spring, how long would equality and justice take a back seat in Libya, Egypt, Yemen, Syria, and Israel? Not so long.

Between all the political and economic analysts carefully watching the US elections, there are two individuals currently very important for us in Bahrain, Paul Krugman, and Thomas Friedman, who also both happen to write in the New York Times.

Paul Krugman clearly chooses Obama to hang on to office for the next four years because he offers much better policies for the well-being of the economy. Even though Obama’s plans sound more socialist that capitalist, at least the rich would pitch in to provide covers for those in need. Krugman accuses Romney of misleading his own people, which is a serious accusation, but when I checked it out, Krugman was right.

Thomas Friedman, as well, says that we all should be worried on what Romney elucidates the US foreign policy should be. Here’s the thing, Friedman thinks that Romney may offer solutions for today, but they will prove disastrous for tomorrow, for both the Middle East and America. He says, “The worst message we can send right now to Middle Easterners is that their future is all bound up in what we do.” Guess what? He’s right.

Friedman says that if it would have been up to him, he’d make the Secretary of Education in charge of US foreign policy towards the Middle East. That’s embarrassing but very true. Truth is, between the two presidents, the best for Bahrain are Bahrainis themselves. Why should we care about who gets to be the president of The United States? Why should we admit our weaknesses and not do anything about them but hope for a president that would push Iran out of our business?

If Iran was not there we’d most probably have some other issue exposing the shaky level of our accountability and regulatory institutions. For now, we should be wishing our American friends a president that would lift up their economy for their benefit because it also directly affects our economic well-being. But for a better future, we should remember what Haqqani, the ex-Pakistani Ambassador to the US, said, quoted in Friedman’s article, that we should shift our thinking from “we are weak and poor because we were colonized” to “we were colonized because we were weak and poor.”