Home › Bahrain › The Difference Between a Terrorist and a Freedom Fighter

The Difference Between a Terrorist and a Freedom Fighter 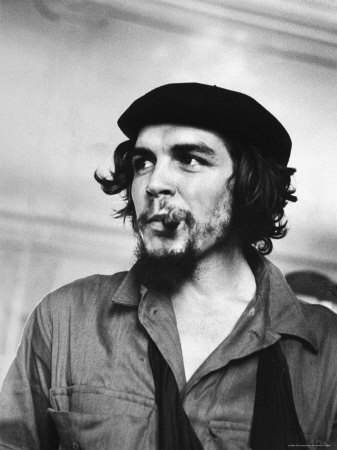 Most of my readings and studies were through a Western perspective, due to the fact that I have spent around 10 years living and studying in America. Whenever literature confronts a topic on an internal, it either paints those struggling against the rule as ‘Terrorists’ or ‘Freedom Fighters’.

Obviously, each term can be described in many different ways. A terrorist can also be a criminal, a member in an armed gang, or anything else that portrays him in the ‘black list’ of norm. A freedom fighter also has many different names, especially today where many individuals and organizations have managed to find a gap in ‘human rights’ to stand against the rule of the state, with a good mask worn.

It was only many years later in my studies that I started grasping one of the main pillars of the political science discipline. In comparative politics, a subfield of political science, students are taught to wear different lenses when analyzing a certain political phenomenon to be able to indulge in a much more richer understanding of the situation. For example, when we stand looking at others through our own culture, we will never understand why people behave and act in other cultures.

Yes the world is globalized, but cultures take much more time to adjust to this fast changing world. People in America still don’t understand why men in the Middle East kiss each other and why Indian men hold hands, they think it’s gay! That’s just the beginning. Governments are a reflection of culture where it is deeply rooted in decision-making, institution building, and the rule of law.

America has the right to describe whatever group it wants as terrorists or freedom fighters, no one can judge them for their culture, our job is to simply understand. Lately, America removed Mujahedin-e-Khalq from its terror organizations list, now they’re freedom fighters. In 2003, America removed three Chechen groups from its Freedom Fighter list to its terror organizations list in order to get Russia’s approval for the Iraq war.

All in all, what we should do is not to use any country’s good guys vs bad guys list to know who’s the terrorist and who’s the freedom fighter. We shouldn’t even use NGOs’ list as well, they’re all tainted with their own political or financial (for funding) reasons. Here’s what we should be doing to know the difference between the two.

Number one, collateral damage. When you confront a group whom is trying to reach its goals no matter who comes in between, even if they were innocent civilians, you can automatically designate them as bad guys. Whatever their religion is, one can never play God.

Number two, respect to the rule of law. Yes, no matter how bad the rule of law is, it is never acceptable for a group of individuals to choose to make a society much worse in order to somehow turn things around in the future. From where a person stands, forward is always the best way to go because a ‘one step backwards two steps forwards’ initiative is a risky move and never guaranteed.

Number three, an evolution. History, data, and research shows that evolutions always supersedes revolutions. A group of individuals shouldn’t have the upper hand to choose for everyone else in society a miserable road for a better life. Especially in today’s world, falling behind is the last thing any country needs.

It is very simple my friends, because logic is not a complicated term. What is difficult, however, is to keep emotions out of rationale. Think positive, think forward, think peace, think unity, and smile to life so life can smile back.

Like Loading...
‹ What Is The First Step To Improve #Bahrain?
It’s Not Just About Us by .@tomfriedman ›