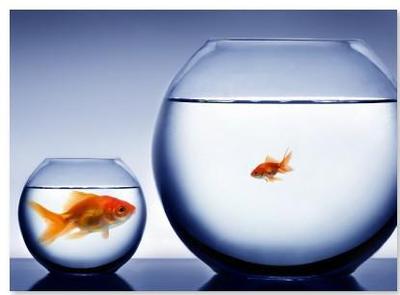 Have you ever been to a very poor country? I recently have been to India for the first time in my life and saw firsthand what can easily be seen online, poor people, very poor people. More than that, I did get the sense that they were not heading the right direction. It didn’t seem like life can improve by a great chance in at least the coming 15 years. It was very sad.

On and around the world, the images I saw exist everywhere, even here in Bahrain, but not to that extent. Even in Europe, poor people roam the streets while the average person passes by in his scooter or average car. Is that fair?

Looking at my life in while in India, I ask the question if it is fair that my life is so much better than many of the poor around the world? I can’t seem to count how in many ways God has blessed me. Born to a great family, I had no hand in this. Born as a Muslim, a religion that gives so much internal power that if used well, nothing can put you down. Born in a country that provides a lot, a country that is much over the world average. The list goes on and on, but is it fair?

I had no hand in all the blessings that are bestowed upon me, but is there a message that comes with it?

The Prophet Mohamed, peace and prayers upon him, was a true role model for all humanity. He reintroduced few concepts in life that previous prophets and messengers before him also spoke about within their communities. The message was always the same, but faded with time. If we literally followed the model that was constantly introduced, life would be much better than what it looks like today.

Both you and I agree that the majority of people living amongst us fall under the category of those who only want to get. Thus, life ends up very unfair because only the powerful end up having the ability to get while the poor end up in a much worse position. Now remember, we didn’t all begin from the same start line, some of us already were miles ahead. I, for example, if not the blessings of God, wouldn’t have come close to where I am today.

What Islam teaches us is that what you have is a blessing from God and a test on how you would end up utilizing those blessings. We were not left without directions, we were told to find legitimate ways of receiving the fruits of life, while making sure that giving is an essential part of the formula. Not just that, Islam never said to give back only to Muslims, but to all those in need no matter what religion they believed in.

But why would a person give from what he worked hard to earn? Here’s the main distinction between socialism and Islam. The Prophet, peace and prayers upon him, have always reminded us that life is finite, that afterlife is infinite, and that we should be always working for a better future in life and afterlife. Creating this belief and balance in yourself is extremely vital because it is the most important factor in the formula that enters the individual’s psychology and creates the motivation to love living in a fair society.

People were all born equally, but the blessings were distributed unequally, that is the message of Islam. We ourselves have the ability to choose whether those blessings turn up being a curse in disguise or an opportunity to rise and be loved. Life is unfair, but it is our job to make it fair. Let’s teach ourselves to get, ok, but to give is as important as well.