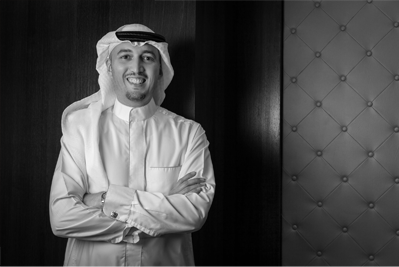 The other day, I was invited to attend a Ghabga (Dinner in Ramadhan) hosted by The Bahrain Foundation for Reconciliation and Civil Discourse (BFRCD), which is founded by my friend Suhail Al Gosaibi. When I first received the invitation, I thought about what my answer should be. Should I attend or not? Obviously, there were many things to think about, such as who’s going to be there, will I be comfortable, and most of all, what will my peers and relatives think about my attendance.

To be honest, there were countless reasons for me to respectfully reject the invitation and only perhaps one good reason for me to accept, and it wasn’t food! It was for the love of Bahrain. So I went.

At first, I had my shield held up high and tried to analyze and study other people’s facial expressions. Were they thinking of the same stuff I was thinking off, do they know who I am, is it awkward for them being there or was it awkward for me being where I was? But my friend Suhail, being the skilled person he is, was moderating chats and talks, and helped relax the atmosphere where it eventually helped me throw in a word or two.

Not that there were no ups and downs, there was a time when a person in the midst of a comment I made paused the ongoing conversation, looked at me, and said: “Wait, who are you?”

Here, I honestly thought of mumbling any other name but Saqer. I looked at Suhail and the other guys who knew me and felt trapped! So I had to say the hurtful truth: “I’m Saqer!”

Hoping that the conversation would go on, the person insisted: “Which Saqer are you? Are you the Twitter Saqer?”

I scratched my head, looked at the exit, and momentarily asked myself if this is when I should do a 007 on everyone and just make a run for it, but I couldn’t, I was wearing a traditional dress, so I conservatively answered: “I do have a Twitter account!”

I looked at Suhail, and he looked at me and back to the person, where they firmly required an answer: “No, are you the one and only Saqer, the famous guy on Twitter?”

By that time, the heads in the room already blended into what I call the ‘tennis phenomenon’, the following the ball kind of thing from left to right to left and back right again! I had no idea how this would end, but it seems like this person would either smash the ball right at me and force me to confess in front of everyone of my previous radical position on Twitter that gained me a large number of followers in a world record time. However, there it was, the rain delay, the change of subject that I was waiting for, the medical time-out that would allow time to cruise to when the food is serve, which is honestly not what I went for! Suhail said: “Yes, he is Saqer, the guy on Twitter, now let’s talk….”

The question that Suhail kept on asking and allowing his guests to freely throw in suggestions is about what do they want to see this newly established organization do in order to help bring the Bahraini society back together to where it used to be before the sad events of last year. Guests spoke by turn, where some hinted that BFRCD would not be able to achieve any milestones because the problem is a political one, and others say that attention should be made towards cutting the rope between radical religious figures and the active youth.

While I believe that the event was highly successful because many people had the chance to listen to ideas not of their own and a common ground was slowly becoming visible, I do not believe that BFRCD came out with clear mandates on how to reach their goals. Thus, I would like to provide the following.

First and foremost, any organization would have to acknowledge its limitations. There are two general limitations that BFRCD and their supporters have to concede before moving forward. This organization is under the umbrella of the Ministry of Social Development. It is not allowed by any terms to engage in politics whatsoever. The second limitation, which is not as easy as it sounds, is to agree on what not to do based on the financial and manpower limitations.

Second, which is standard to all organizations, a clear vision and mission statements should be formulated. BFRCD do  have a mission statement in their website, but I personally want to know what kind of future Bahrain does BFRCD want to help shape. To increase the foundation of supporters, the vision should clearly show a future Bahrain where all sects overlap, the common ground.

Third, the programs set forth by any organization should be in line with its vision. This way, as long as I am a firm believer of the vision, I would accept any kind of program that would help take Bahrain to that future, even if the program is highly controversial.

Fourth, financial and operational transparency. Efficient organizations that strive for successfulness should always be a model for governmental organizations. Hence, the most important aspect is for a member to understand the operations inside out. Just think of the free Masons, and then do the exact opposite!

Last and definitely not least, a good PR officer. I just found out the other day, through an iPhone app, that Bahrain has hundreds of organizations under the Ministry of Social Development. Why have I not known about this earlier? Because they are made for their own circle of followers and do not believe that their success lay behind their growth. For BFRCD, everyone should know about every step this organization takes and all means of communications should be utilized.

I sincerely wish Suhail and the rest of the BFRCD members succeed in their honorable mission and I would definitely want to be with them every step of the way. It is not about what the world thinks, but more about what Bahrain needs.