You’re More Islamic Than You Think 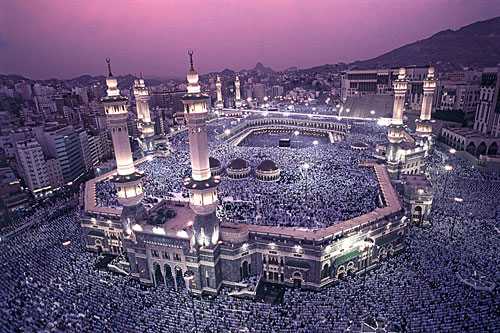 One thing the West does not, and perhaps will never, understand about the Middle East is how much Islam plays a role in societies’, as well as individuals’ lives. For the years that I have spent in America, I can see clearly that there are many Arabs and Muslims who spend and have spent considerable amount of time in the West, will try to force a foreign lifestyle in the Middle East, because they believe that that’s the way forward. Yes the two wheels are spinning, but when they are at different speeds and when merging them together, friction results.

In case you hadn’t noticed, the ‘Arab Spring’ countries where there was a change in government have large numbers of nationals who migrated to the Arab Gulf, Europe, and North America and created communities that mirrored their own culture back home. Libya, Egypt, Yemen, Tunisia, and Syria as well have negative migration stats, which means people tend to move out, not move in, controlling for birth rates.

However, no matter how many millions live abroad, they will never outnumber the citizens living in the country itself. (Aside from Palestine, where thanks to Israel, there are more Palestinians living abroad than in Palestine itself) Today, because of the ease of travel, the internet, and various technological developments that is creating a more interconnected world, people living abroad are dreaming once again to use these tools to turn their country’s policies around, make way for a lifestyle of what they have gotten used to, and return to the homeland. Is this workable?

What we have seen and are seeing in Egypt, is a case study of two disciplines coming together, Political Science, and Political Psychology. In simple terms, you can change the system, but you cannot easily change society. Give the same power to a good person and a bad person, more good would come from the good person, and more bad would result from the bad person, albeit, it’s the same power. (Even in institutional constraints, a bad person finds ways through his monitoring system, but more difficult of course)

What this tells us is that America, and other Western Powers, are fooling themselves when they think that it is only a matter of few turbulent years throughout democratic transition that a country goes through before coming out a winner. That may work anywhere else, but not in a society that is entrenched with Islam. Even in the most secular of states in the Middle East, Islam still has considerable influence in people’s lives, and they don’t know of it.

The answer is simple, there are two roads and we have to chose one of them. Either work on a long term, two generations, plan that changes a society into one that works well with democracy, or find a system that produces that best out of the current Islamically influenced society. Let’s take an example from the banking sector. Commercial banks were doing quite well in this part of the world until Islamic Finance started to appear. Today, the most successful banks are Islamic ones, where they even made conventional banks introduce an ‘Islamic’ finance section. (ex. Standard Chartered Bank) In fact recently some Islamic scholars are calling to rename ‘Islamic Banking’ to ‘Abrahamic Banking’ because they say that charging interest is prohibited since the time of Prophet Abraham, the ancestral father of Prophet Moses, Prophet Jesus, and Prophet Mohamed, peace and prayers upon them.

If you want a stable Middle East, you have to confess that Islam today is in our houses, in our markets, in our ballot boxes, and in our daily driven decisions, for the majority per say. Anything foreign will definitely lack stability. And that’s reality.

Like Loading...
‹ The United Nations, Controller of the Internet?
The Religious Middle East vs The Political West ›