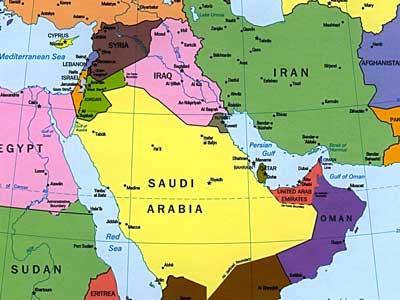 Or did I get confused with Iran? Before getting into the subject, allow me to explain one simple perspective in International Relations. It basically says that the world is divided into two, a group of satisfied nations, and another group of unsatisfied nations. But satisfied to what exactly? The world’s only superpower today, The United States of America, while overlooking the whole world and through hard and soft power, creates a thing called a status quo.

This is why those who understand the politics of the region see the opposition in Bahrain, namely AlWefaq, as close allies of Iran, or an Iranian tool by itself itself. The same regional status quo struggle between a group of satisfied nations and unsatisfied nations is mirrored right here in this island. And to understand it even better, it is also obvious that Iran wants to change the regional status quo into one that suits its religious belief, aka sectarianism.

These acts were picked up by an infamous Muslim Scholar, Shaikh Yousef AlQaradhawi, when he said that he is watching closely the sectarian movement in Bahrain and calls the citizens of Bahrain to protect the Arab identity and in the face of the sectarian agenda. Rightfully so, Shaikh AlQaradhawi does understand that the current regional status quo is being challenged by Iran on many fronts, including its drastic objection to the rise of another challenging regional power, a United Gulf Arab States. In Bahrain, AlWefaq stands very clear along the ranks of Iran against a United Gulf Arab States, claiming that the government is selling Bahrain to Saudi! Here you can understand why America have come to support Arab Unity, because all those states are members of the satisfied group of nations.

AlWefaq’s stand against Arab Unity shows us clearly that the ideology it harbors is one that echoes the voice of Iran, which challenges the current pro-American regional status quo, and is not anything other than a sectarian agenda.

However, a current elected member of the municipal council and a member of AlWefaq Islamic Party, Majeed Milad, argues otherwise. He says “We raise our complains to Allah Almighty [on Shaikh Qaradhawi] and ask that he presses hard on him in Judgment Day on his unjust stand to people that have asked for their rights.”

With the incredible amount of evidence on AlWefaq’s sectarian movement, one that is aligned and supported by Iran and its proxies in Lebanon and now unfortunately Iraq, one can only conclude that AlWefaq is suffering from Janis’s psychological error, ‘Groupthink.’ As she explains, “A group is especially vulnerable to groupthink when its members are similar in background, when the group is insulated from outside opinions, and when there are no clear rules for decision making.”

I end my article with some quotes from a renowned Political Science scholar, Dr. Mitchell A. Belfer. Dr. Belfer produced a number of articles throughout last year that illustrates his sharp eye in assessing the events in Bahrain and around the region. This time, he focuses on AlWefaq’s sectarian agenda in Bahrain and uncovers some important elements in their stance. He says “If Salman was serious about national dialogue he would distance al-Wefaq from Iran.” On that, Larijani of Iran made some outrageous comments on Bahrain that almost everyone in and out of the country condemned, but not AlWefaq! Dr. Mitchell continues on this topic and says that “there continues to be a very heavy Iranian clerical influence in al-Wefaq implying that it’s interests continue to be served.”

While the protector of the current world status quo, America, is using correct channels to influence its friends and allies to evolve in a timely manner towards democracy and individual freedom, Dr. Mitchell says that AlWefaq, a challenger to the status quo, has other agendas’ in its mind, theocracy. Because AlWefaq is dictated by Isa Qasim, who has an Ayotolla status and has studied in Qom, a religious university in Iran, Dr. Mitchell says that the only way forward for AlWefaq is theocracy.

“Qassim, who studied in Qom (Iran) is a proponent of former Iranian Supreme Leader Khomeini’s doctrine of wilayat-e-faqih – theocratic rule. As such it is highly unlikely that Qassim or Salman would support the establishment of a truly democratic state. Bahrain would more likely end up with a theocratic democracy similar to Iran.”

Iran’s regional sectarian agenda, in action today in Iraq and Syria, is being seen by Dr. Mitchell as one that is also absorbed by AlWefaq. He says, “Most problematic of all is al-Wefaq’s sectarian agenda. Salman acknowledged his failure to diversify al-Wefaq’s membership from its core supporters of devout Shiites and thus become a party for Bahrain.” Not only does Shaikh Qaradhawi sees it, by Dr. Mitchell as well. He concludes by referencing some of AlWefaq’s approach towards migrants in Bahrain, where they are inhumanely treating them as second class citizens, especially Palestinians and Syrians. On this issue, “Al-Wefaq’s intransigence on many of these crucial issues reveals its true attitude towards reconciliation.”

And with regards to Iran’s homosexuals, see this at 3 minutes and 50 seconds. That’s that. What thou says AlWefaq?